Which is the best China skateboard manufacturer?

Skateboarding is a happy, positive and optimistic sport. This article will introduce some non-profit organizations about skateboarding and some of the best skateboard manufacturers in China.

This passage is going to talk about the followings of skateboard manufacturers:

(1)   Do you know what is International Association of Skateboard?

(2)   Non-profit skateboarding organization – NEXT UP

(3)   Some of the best Chinese skateboard manufacturers

(1)  Do you know what is International Association of Skateboard?

The International Association of Skateboard Companies (IASC) is a non-profit trade association that promotes the recreational activities of skateboarding. Its Board of Directors includes representatives of many skateboard companies, who represent "skateboard manufacturers, distributors, competition organizers, ramp designers and individuals" in that order of membership. 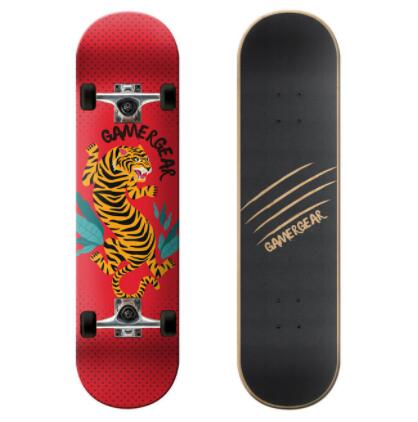 (2)  Non-profit skateboarding organization – NEXT UP

The NEXT UP Foundation is a non-profit organization that calls on young people who are struggling to make ends meet to get involved through a traditional and cool after-school tutoring program.

NEXT UP believes in teaching these kids valuable life lessons through skateboarding:

1. Conduct 2 after-school skateboard tutoring sessions per week at local boardgrounds with the help of volunteers (often with professional skaters).

2. Take the young people involved in the classes on a tour of a sports brand company, giving them the opportunity to meet and skateboard with professional skaters.

3. Through education, the young people learn perseverance, self-discipline, integrity and the courage to communicate with others.

4. Encourage an active and healthy lifestyle and resist "peer pressure" (where we are influenced by our peers to do things we wouldn't normally do, or stop doing things we would otherwise enjoy because of our peers).

8. To create a positive community atmosphere for the young people.

The purpose of the NEXT UP Foundation is to get young people to set a specific achievable goal in life through skateboarding, and then bring it to fruition with a strong and optimistic attitude. In the process, it allows them to build self-confidence, overcome obstacles and surpass themselves.

(3)  Some of the best Chinese skateboard manufacturers

1、FLY Streetwear FLY: FLY is one of the earliest professional skateboard stores in Shanghai or China. The founder, Jeff Han, is a veteran of the Chinese skateboarding scene and founded the skate store FLY Streetwear in 1999.

2、AVENUE & SON: Xie Wenkai (Boss) and Hu Tianyou (Jeremy) started skateboarding in the alley in early 2000. As one of the first kids to skateboard in Shanghai, they started their own skateboard brand, Avenue & Son, in 2014.

3、Vagabond Skateboards: As the "Mecca" of Chinese skateboarding, Shenzhen has gathered a bunch of skaters early on. Vagabond literally means vagabond, but also means the free spirit represented by hippie or bohemian culture, that is, the pursuit of peace, rebellion against the mainstream, love of music and enjoyment of life.

4、SANDWICH LAYER: A skateboard brand from Beijing, whose founders, skateboard photographers Fan Xing and Zhang Ran, were both born and raised in Beijing. Fan Xing's lens has recorded many photos of early Chinese skaters, Zhang Ran has shot many skateboarding videos, and the two recently went to Hawaii to shoot a skateboarding documentary "Out of Fun".

5、BOARDHEAD: VICE's skateboarding short film series "Skater Diary" also recorded his skateboarding story in Shenzhen. Wang Huifeng, who was dropped out of high school because of his dyed hair, is now a professional skater for VansChina and founded his new brand BOARDHEAD last August.